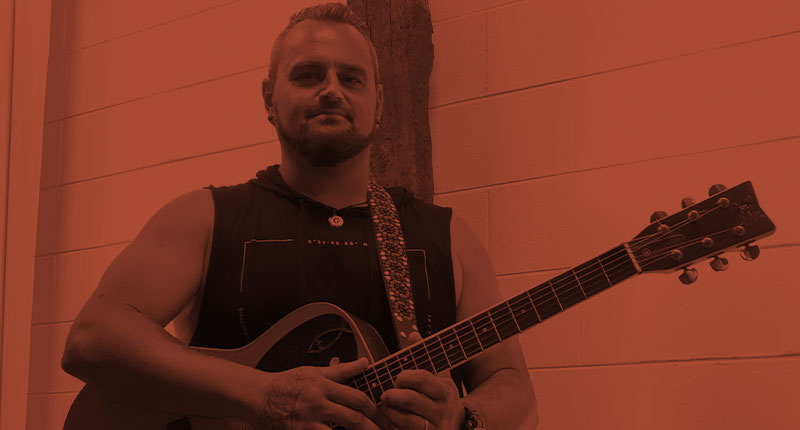 Joseph Biro dropped out of school at year 10. Part of a small band, he expressed his anger and rebellion through heavy metal music.

During a support gig for the Melbourne hard rock band Superheist, their lead singer was too ill to appear. As two thousand fans roared and others declined to step in, Joseph was approached. He happened to be a huge Superheist fan, thinking of them as ‘rock royalty’. And he knew their song lyrics.

A live national television broadcast followed, then an offer of the front man position for his favourite band. That moment felt, so Joseph said, like ‘heaven at its peak’.

He’d gone from playing for fifty people in a pub to a festival with 20,000 fans. Before Superheist, he’d already had an addiction to pot and party drugs, but now drugs were free while vodka, bourbon and beer were on tap. For several days at a time he didn’t sleep. ‘I wanted to be awake; I didn’t want to miss anything.’

The lifestyle soon took its toll. The emptiness was a rage inside; the anger and confusion blew out. After a fight with the band, he went home empty and broken and told his mum: ‘It’s not what I thought it would be. It’s empty. I’m empty.’

Although he got an ordinary job, his addiction to ‘ice’ eventually resulted his family turning him out. Homeless and desperate, he yelled out to God and swore at heaven. The detox clinic wouldn’t allow him in unless he also agreed to rehab. But only one rehab unit had a place: a Christian organisation with strict rules.

Joseph was desperate enough to give it a try. ‘My ears pricked up the first time I heard the Gospel… My soul was awakened… I found hope for the first time.’

One day the pastor said the prayer God will always answer is: ‘Lord, have mercy on me!’

In his mind’s eye he saw the faces of the people he’d hurt so badly across so many years. He cried for an hour until, unexpectedly, he heard: ‘You’re forgiven.’

Today Joseph has found wholeness. He teaches others about the Word of God. ‘I sing to One,’ he says. ‘I lead worship for One… I’ve changed from being captive to being captivated.’