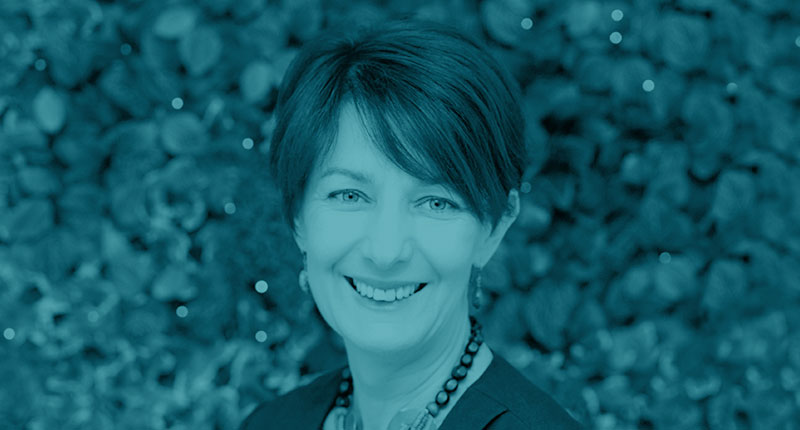 “God is hunting this one down and I know he doesn’t lose a chase.”

Journalist and successful PR professional, Philippa Lowe, was in her forties when the death of her mother triggered an unexpected spiritual journey. An agnostic with new age tendencies, she had a dream on the morning of the funeral. Her long-disabled mother was running in a field of wildflowers, surrounded by children. Her husband had an identical dream—at first it seemed like ‘a sign from the universe that she’s ok.’

Not long after, she lost out on a job for a Communications Officer at a local Christian school. Still smarting from that, she went on Easter holidays and, for three mornings straight, woke up at about 3 am with some old song lyrics from The Song of Bernadette blasting through her mind.

A confronting Voice said, ‘Sort it out!’

She knew the Voice was referring to the mess of spiritual notions floating around her mind. It was a challenge to examine Christianity. She thought the pressure would ease when she returned to work, but it didn’t.

So she googled ‘learn more about Jesus’ and her suburb. And then she rang up a local church and spoke to the minister. On explaining why she was phoning, he said, ‘I know how this ends.’

A deeply unpleasant surge of something significant about to happen overtook her. Later the minister told her that he thought: ‘God is hunting this one down and I know He doesn’t lose a chase.’

Philippa began a guided search to satisfy her head and her heart. She understood from new age that you can thought-create your world, be anything you want to be if you keep thinking the right thoughts. But she’d realised it was not only exhausting, faith in yourself in a dodgy proposition at best.

The compelling discovery of ‘Someone who loved me enough to take flesh, die the most humiliating death and then overcome death, just because He wants to be in relationship with me’ was an overwhelming relief. ‘That’s way better than me trying to do it on my own,’ Philippa said.

Philippa continues her journey of discipleship.