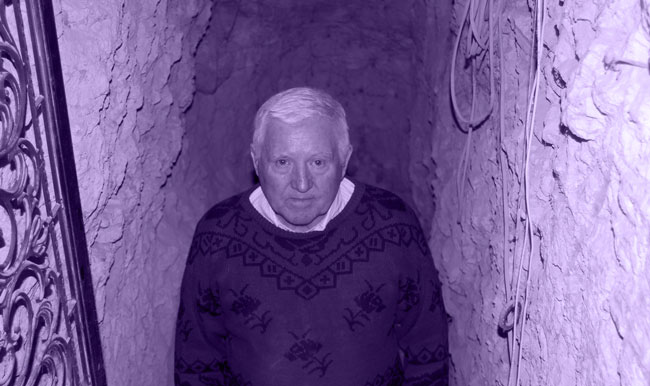 Gary Atkins had a part-time teaching job in a music shop. He was minding his two-year old son when he looked around and the boy had disappeared. Rushing out and searching frantically, he was approached by two men. ‘We’ve taken the older boys from school,’ they said. ‘And we have the younger one.’ These social workers served Gary with some legal papers.

It turned out that, unknown to him, Gary’s wife had filed court proceedings to take custody of their three boys. Just after the birth of their first child she had suffered post-natal depression which had eventually led to paranoid schizophrenia. Her condition was poorly understood and that made Gary’s itinerant lifestyle very difficult. He was a folk singer who made a living through touring schools as well as occasional appearances on national tv and radio. Instead of taking his family on the road, they now rented a house. During the summer when schools were closed, Gary grew gherkins for a pickle company!

Things turned sour on several fronts. He thought, ‘All this time I’ve relied on myself. I was challenged to believe in Christ. And I said yes.’

The problem was that Gary hadn’t been to church for twenty years. But the Christian owners of a coffee lounge directed him to their church. Soon Gary got to sing, taking part in services several times a week. That filled the very lonely void that opened up when his marriage fell apart and his boys were taken from him.
On going to Coober Pedy for a job, he discovered he could get a lease and build whatever he liked. So he dug down and created an underground house. During this time, he read the Scripture: ‘there is no law against love.’ Taking it to heart, he went to visit his boys despite all the injunctions and restraining orders. It went well and shortly after, Gary was helped by a solicitor to negotiate the lengthy legal process of re-establishing regular contact with his sons.

Gary coped with the separation through prayer and reading Scripture. He’d constantly come across verses relating to his situation that would give him hope and encouragement to keep persevering in the long struggle.

‘Thank You, Lord’ is his book of gratitude to the Lord for bringing him through a hard time in resounding triumph.